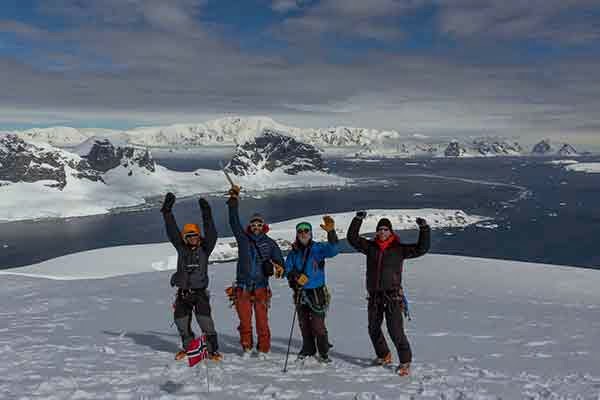 December 12 we got an email from Breogfjell mountain guide Gjert Grødal, sent from the Antartic Peninsula. The small expedition has until now been based on the sailboat “Icebird”, and have done day trips with alpine ski touring on glaciers and peaks accessible from the boat. The picture above shows the expedition team on Damier Hill overlooking Port Lockroy, while the picture below are from Mont Høgh, where the team are in company of a bunch of penguins. 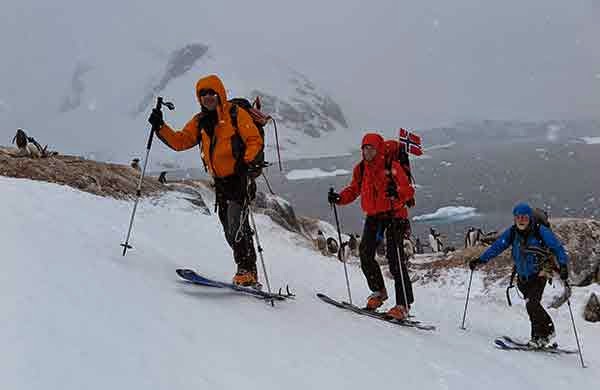 Currently the team have left the “Icebird” for a four day alpine ski tour, exploring new terrain.
The expedition left Ushuaia, on the southern tip of the South American continent, with “Icebird” in late November bound for the Falkland Island. From there they crossed the Drake Passage for The Antartic Peninsula. They are scheduled to return to Norway by December 23. 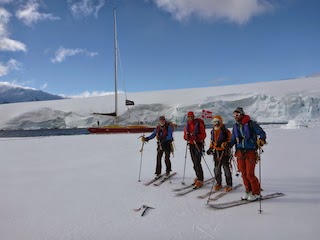 The team in front of the expedition’s sailbot “Icebird”. Photo: Bjørn Riis-Johansen